Order this book from Chicago Review Press, Amazon.com, Indie.books or wherever books are sold. 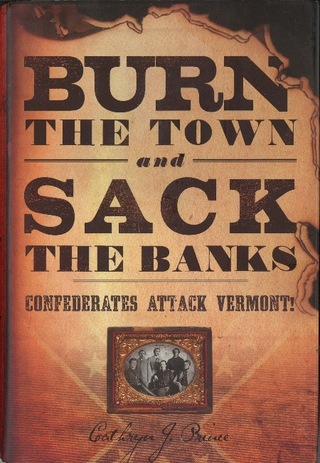 Queen of the Mountaineers: The Trailblazing Life of Fanny Bullock Workman

I'm pleased to announce my new book "QUEEN OF THE MOUNTAINEERS: The Trailblazing Life of Fanny Bullock Workman" will be released May 7, 2019 by Chicago Review Press.

Fanny Bullock Workman was a complicated and restless woman who defied the rigid Victorian morals she found as restrictive as a corset. Instrumental in breaking the British stranglehold on Himalayan mountain climbing, she negotiated the male-dominated world of alpine clubs and adventure societies as nimbly as she negotiated the deep crevasses and icy granite walls of the Himalayas. It's the story of the role one woman played in science and exploration, in breaking boundaries and frontiers for women everywhere.

"In Queen of the Mountaineers, Cathryn J. Prince transports readers to an era when explorers traversed continents by yak and goatskin boat, when mountains were still unmapped and unmeasured, when climbers braved the elements with rudimentary gear, and when the hard-earned, high-altitude triumphs of those like Fanny Bullock Workman were presented with the caveat the climber was a woman." —Carolyn Porter, author of Marcel's Letters

"Cathryn J. Prince presents legendary adventurer and climber Fanny Bullock Workman, a fascinating champion for women's rights who resisted expectation and refused to conform to gender roles. Through Fanny's fascinating story, Prince beautifully archives the heights achieved by our foremothers." —Ruta Sepetys, author of Between Shades of Gray and Salt to the Sea

"This very well researched and written biography brings Fanny's trail-blazing accomplishments to a new generation of climbers—both women and men—as well as to armchair mountaineers." —Arlene Blum, author of Annapurna: A Woman's Place and Breaking Trail: A Climbing Life

"[This] engaging and rigorously reported account of Fanny Bullock Workman's impressive life invites the reader to follow this brave and restless woman up the world's tallest mountains, both geological and cultural. What a read!" —Ben Montgomery, author of Grandma Gatewood's Walk and The Leper Spy

With a polished walking stick and neatly pressed trousers, Richard Halliburton served as an intrepid globetrotting guide for millions of Americans in the 1920s and ’30s. Readers waited with bated breath for each new article and book he wrote. During his career, Halliburton climbed the Matterhorn, nearly fell out of his plane while shooting the first aerial photographs of Mt. Everest, and became the first person to swim the Panama Canal. With his matinee idol looks, the Tennessee native was a media darling in an era of optimism and increased social openness. But as the Great Depression and looming war pushed America toward social conservatism, Halliburton more actively worked to hide his homosexuality, burnishing his image as a masculine trailblazer. As chronicled in American Daredevil, Halliburton harnessed the media of his day to gain and maintain a widespread following long before our age of the 24-hour news cycle, and thus became the first celebrity adventure journalist. And during the darkest hours of the Great Depression, Halliburton did something remarkable: he inspired generations of authors, journalists, and everyday people who dreamt of fame and glory to explore the world.

REVIEWS
"Separating the escapades from the exaggerations in the life of one of the best adventurers of his age...A rollicking tale of the incredible saga of a man constantly searching for the next exploit and sharing them in his writings." –Kirkus Reviews

“Cathryn Prince has written a compelling, well researched account of an inspiring and largely overlooked life, a man who traversed the globe and wrote about all he saw with romance and flair. A sweet look back at a more innocent time, when the world called out to curious young men like Richard Halliburton.” —Neal Thompson, author of A Curious Man: The Strange & Brilliant Life of Robert “Believe It or Not!” Ripley

“Between the Roaring Twenties and the Great Depression, the writer-adventurer Richard Halliburton taught America to love the world without revealing his own heart. Prince’s sensitive and unstinting portrait bottles his lightning and captures his tragedy.”
—Christopher Heaney, author of Cradle of Gold: The Story of Hiram Bingham, a Real-Life Indiana Jones, and the Search for Machu Picchu

Chicago Review Press or wherever books are sold.

Death in the Baltic: The WWII Sinking of the Wilhelm Gustloff

Winner of the 2013 Military Writers Society of America Founder's Award

The worst maritime disaster ever occurred during World War II.

January 1945: The outcome of World War II has been determined. The Third Reich is in free fall as the Russians close in from the east. Berlin plans an eleventh-hour exodus for the German civilians trapped in the Red Army’s way. More than 10,000 women, children, sick, and elderly pack aboard the Wilhelm Gustloff, a former cruise ship. Soon after the ship leaves port and the passengers sigh in relief, three Soviet torpedoes strike it, inflicting catastrophic damage and throwing passengers into the frozen waters of the Baltic.

More than 9,400 perished in the night—six times the number lost on the Titanic. Yet as the Cold War started no one wanted to acknowledge the sinking. Drawing on interviews with survivors, as well as the letters and diaries of those who perished, award-wining author Cathryn Prince reconstructs this forgotten moment in history. She weaves these personal narratives into a broader story, finally giving this WWII tragedy its rightful remembrance.

REVIEWS
“In describing the experiences of survivors, whom she has been adept in tracing, the journalist Cathryn Prince gives voices to ‘ordinary people who suffered during extraordinary times' -- and does so with scrupulous empathy.” The Spectator

“The story of the worst maritime disaster in history…Prince has scoured the planet for survivors, treating their harrowing stories with gentle empathy, from the first sickening bolts of the torpedoes to the chaos and terror of the ship's swift sinking as passengers fell into the freezing water, clambered for lifeboats and watched loved ones disappear in the tumult… An engaging study of a shocking tragedy.” Kirkus Reviews

“Death in the Baltic is the engrossing story of a tragedy that should never have been forgotten. With the grace of a writer who truly feels the loss of thousands in the cold waters of the Baltic Sea, Cathryn J. Prince has preserved their memory and improved our sense of history.” Gregory A. Freeman, author of The Forgotten 500

A Professor, a President and a Meteor: The Birth of American Science.

Winner of the 2011 Connecticut Press Club Book Award for Nonfiction

When a fiery meteor crash in 1807 lit up the dark early-morning sky in Weston, Connecticut, it did more than startle the few farmers in the sleepy village. More importantly, it sparked the curiosity of Benjamin Silliman, a young chemistry professor at nearby Yale College. His rigorous investigation of the incident started a chain of events that eventually brought the once low standing of American science to sudden international prominence. And, by coincidence, the event also embroiled Silliman in politics, pitting him against no less an adversary than President Thomas Jefferson.

Based on a wealth of original source documents and interiews with current experts in history, astronomy, and geology, journalist Cathryn J. Prince tells the remarkable story of Benjamin Silliman, arguably America’s first bonafide scientist. In a lively narrative rich with fascinating historical detail, Prince documents the primitive state of American science at the time; Silliman’s careful analysis of the meteor samples; and the publication of his conclusions, which contradicted both popular superstitions regarding meteors as ominous portents and a common belief that meteors came from volcanic eruptions on the moon.

She also describes Silliman’s struggles to build a chemistry department at Yale with rudimentary material; new insights into geology that resulted from his analysis of the meteor; and his report to the prestigious French Academy, which raised the prestige of American science. Finally, she discusses the political turbulence of the time, which Silliman could not escape, and how the meteor event was used to drive a wedge between New England and Jefferson.

"A captivating tale of America's entry into the world of science, told with such graceful prose and fascinating detail that at times you feel you are there."
– Richard Z. Chesnoff, The Huffington Post

Shot From the Sky: American POWs in Switzerland

This book is about one of the great, dark secrets of World War II: neutral Switzerland shot down U.S. aircraft entering Swiss airspace and imprisoned the survivors in internment camps, detaining more than one thousand American flyers between 1943 and the war’s end. While conditions at the camps were adequate and humane for internees who obeyed their captors’ orders, the experience was very different for those who attempted to escape. They were held in special penitentiary camps in conditions as bad as those in some prisoner-of-war camps in Nazi Germany. Ironically, the Geneva Accords at the time did not apply to prisoners held in neutral countries, so better treatment could not be demanded. When the war ended in Europe, sixty-one Americans lay buried in a small village cemetery near Bern.

Details of this little-known episode are brought to light for the first time by Cathryn Prince, who tells what happened and examines the argument that the Swiss used to justify their policy. She shows that while the Swiss claimed it satisfied international law, they applied the law in a grossly unfair manner. No German airmen were interned, and Nazi aircraft were allowed to land unharmed at Swiss airfields to refuel. The author draws on first-person accounts and unpublished sources, including interviews with eyewitnesses and surviving American prisoners, and documents held by the Swiss government and the U.S. Air Force. Although these events have been briefly alluded to in other books, this work is the first to present the story in full.

REVIEWS
"Ms. Prince's study ... is proof that atrocities will happen whenever one individual is given unchecked power over another." ―Wall Street Journal